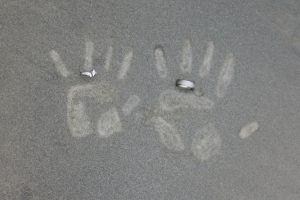 A typical ancient traditional Filipino wedding, during pre-colonial times, is held for three days and was officiated by a babaylan, a tribal priest or priestess. The house of the babaylan was the ceremonial center for the nuptial. On the first day, the couple was brought to the priest’s home, where the babaylan blesses them, while their hands are joined over a container of uncooked rice. On the third day, the priest would prick their chests to draw a small amount of blood, which will be placed on a container to be mixed with water. After announcing their love for each other three times, they were fed by the priest with cooked rice coming from a single container. Afterwards, they were to drink the water that was mixed with their blood. The priest proclaimed that they are officially wed after their necks and hands were bound by a cord or, sometimes, once their long hairs had been entwined together. In lieu of the babaylan, the datu or a wise elder may also officiate a pre-colonial Filipino wedding.

After the ceremony, a series of gift-exchanging rituals was also done to counter the negative responses of the bride: if asked to enter her new home, if she refuses to go up the stairs of the dwelling, if she denies to participate in the marriage banquet, or even to go into her new bedroom, a room she would be sharing with her spouse.

Spanish colonialism brought changes to these marriage rituals because of the teachings and conversion efforts of Spanish missionaries, which occurred as early as the 18th century. As a result, the majority of current-day Filipino weddings became predominantly Christian or Catholic in character, which is also because of the mostly Catholic population, although indigenous traditions still exist today in other regions of the Philippines. Parts of Filipino wedding ceremonies have become faith-centered and God-centered, which also highlights the concept that the joining of two individuals is a “life long commitment” of loving and caring. In general, the marriage itself does not only signify the union of two persons, but also the fusion of two families, and the unification of two clans